Why is ammonia corrosion common in copper and its alloys?

Ammonia is an important raw material for the manufacture of nitric acid, ammonium salts and amines. Ammonia is a gas at room temperature and can be liquefied under pressure. Most metals such as stainless steel, aluminum, magnesium and titanium have excellent corrosion resistance to ammonia, liquid ammonia and ammonia water, with the exception of copper and other copper alloys.

Copper - Zinc alloys, including naval brass and aluminum brass, are the copper alloys most susceptible to ammonia-induced stress corrosion cracking (NH3SCC). Ammonia stress corrosion cracking of copper alloy heat exchanger tubes is characterized by surface cracking, green/light blue Cu-ammonia-corrosion complexes (compounds) and the formation of single or highly branched cracks on the tube surface that can be either grain-piercing or intergranular. , depending on the environment and pressure level. Liquid ammonia stress corrosion is formed when the medium simultaneously meets the following conditions.

1. liquid ammonia (water content not more than 0.2%) may be contaminated by air (oxygen or carbon dioxide) occasions.

2. The working temperature is higher than -5℃. 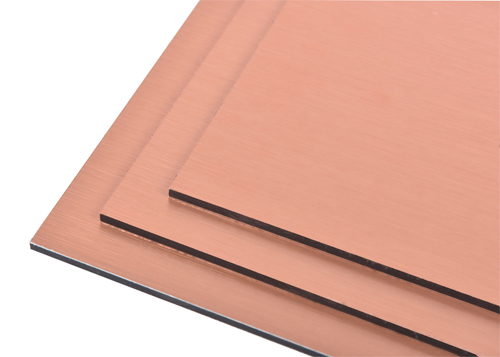 In fact, oxygen and other oxidants such as water are important conditions for copper stress corrosion. There are many potential corrosions in petroleum refining due to impurities in the raw material and additives in the process. Types of ammonia-induced cracking corrosion include

In order to control excessive corrosion of the tower top system in the fractionation section, alkaline washing and scrubbing of the reactor product is important to remove acidic impurities. Precedents for neutralizing and film-forming amine inhibitors have sometimes been used in tower top systems. To reduce corrosion rates and minimize the use of inhibitors, neutralizing amines or NH3 can neutralize the pH of the tower top condensate to 6 to 7. However, in some cases, NH3 can cause stress corrosion cracking of the naval brass tubes in the tower top condenser.

Equipment in delayed coking units is susceptible to low temperature corrosion mechanisms, including ammonia stress cracking of copper-based alloys. These corrosion mechanisms play a role in the water quenching, steam cleaning and venting processes. However, because all coking towers typically have exhaust pipes and discharge tanks, they are almost constantly exposed to moist exhaust vapors and liquids.

The acute cooling and venting vapors and liquids typically contain high levels of H2S, NH3, NH4Cl, NH4HS and cyanide, which are released from the thermal cracking reaction of the coke plant feed. Ammonia-induced stress corrosion cracking can occur in copper alloy tubes at high pH due to the presence of NH3 in coking units.

Gas feeds are typically rich in H2S and saturated water vapor and may also be mixed with hydrocarbons and amines, which can lead to H penetration into the metal, so consider the risk of hydrogen cracking (including hydrogen swelling) and sulfide stress cracking (SSC) in the gas feed. In addition, the feed gas may contain NH3, which can cause NH3-induced stress corrosion cracking, and cyanide, which accelerates the corrosion rate.

The corrosion resistance of Cu-Zn alloys is improved when the mass fraction of Zn is reduced to less than 15%. SCC in steam environments can sometimes be controlled by preventing air entry. the susceptibility of copper alloys is generally assessed by testing and monitoring water samples and the pH of NH3. Eddy current inspection or visual inspection can be used to determine cracking of the heat exchanger bundle. In short, copper and its alloys should be avoided in production processes involving ammonia and liquid ammonia.

Previous What is urea grade stainless steel?
Next 3 Tips for Cutting Nickel-Based High Temperature Alloys
Contact Us
Navigation
follow us